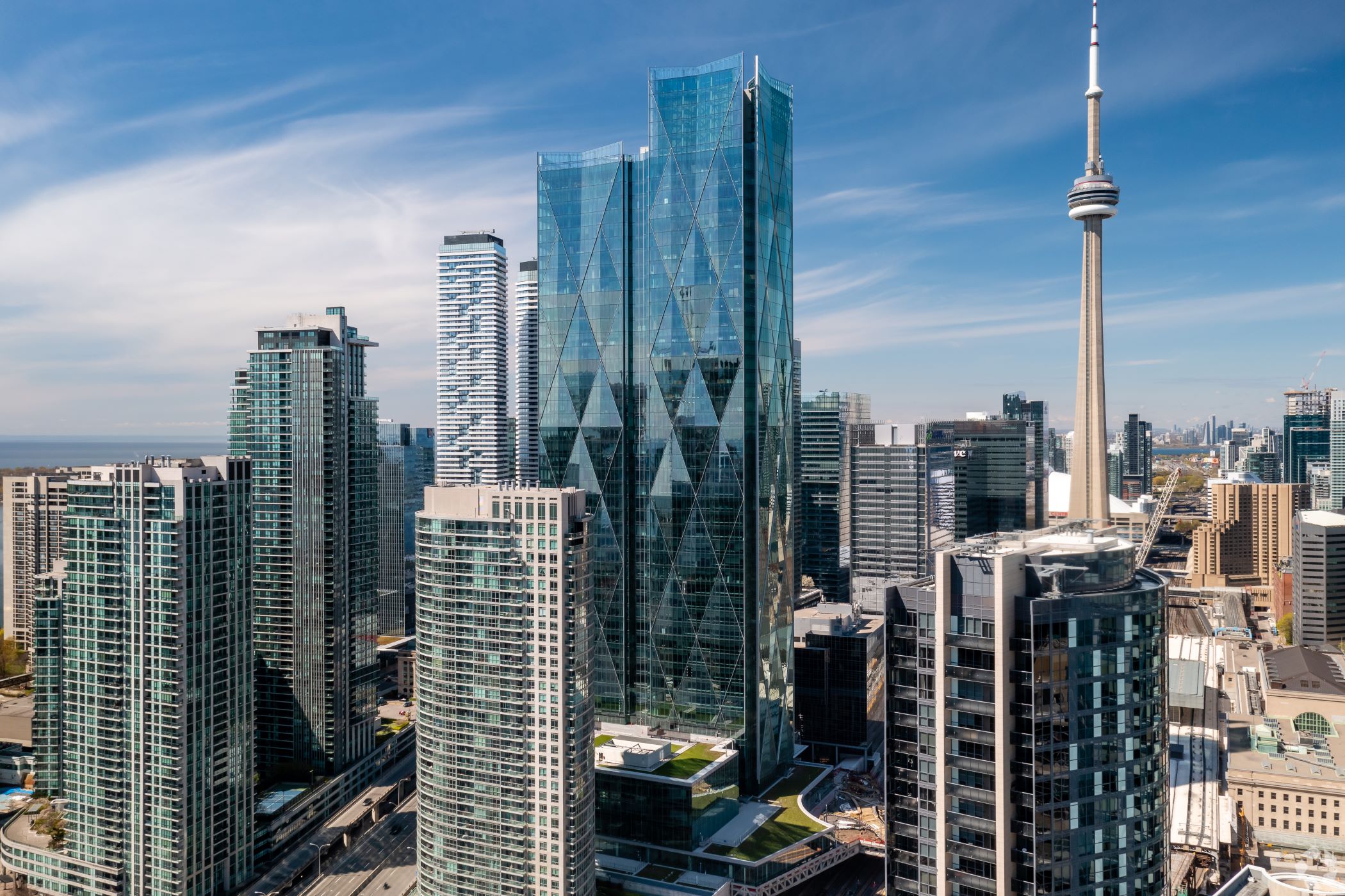 It has been announced that Microsoft will make WilkinsonEyre’s CIBC Square, Toronto their new Canadian Headquarters. The move from Microsoft is one of several to both expand size and move into emerging markets.  Microsoft will occupy 132,000 ft2  over four floors at 81 Bay Street, accommodating approximately 15,000 employees. In addition to Microsoft, the building will also serve as Headquarters to Canada’s fifth-largest bank, Canadian Imperial Bank of Commerce (CIBC), extending Toronto’s financial district towards Lake Ontario and creating a ‘campus-style’ development on Bay Street.
Located in the heart of Toronto, the tower at 81 Bay Street is the first phase of a grand-scale, mixed-use development that is dedicated to enhancing the wellbeing of not just its own occupants, but people in the surrounding area. The master plan provides twin 250m-high towers positioned on opposite sides of a rail corridor and linked at high level by a sky park.
The scheme is designed to elevate surrounding public realm areas through providing a new city bus terminal for Metrolinx, a new public park and connections into Union Station. The construction of 81 Bay Street began in June 2017 and is due to complete in 2020. The overall development with CIBC as the anchor tenant is due for completion by 2023 with Wilkinson Eyre currently working on designs for CIBC Square’s second tower, 141 Bay Street.