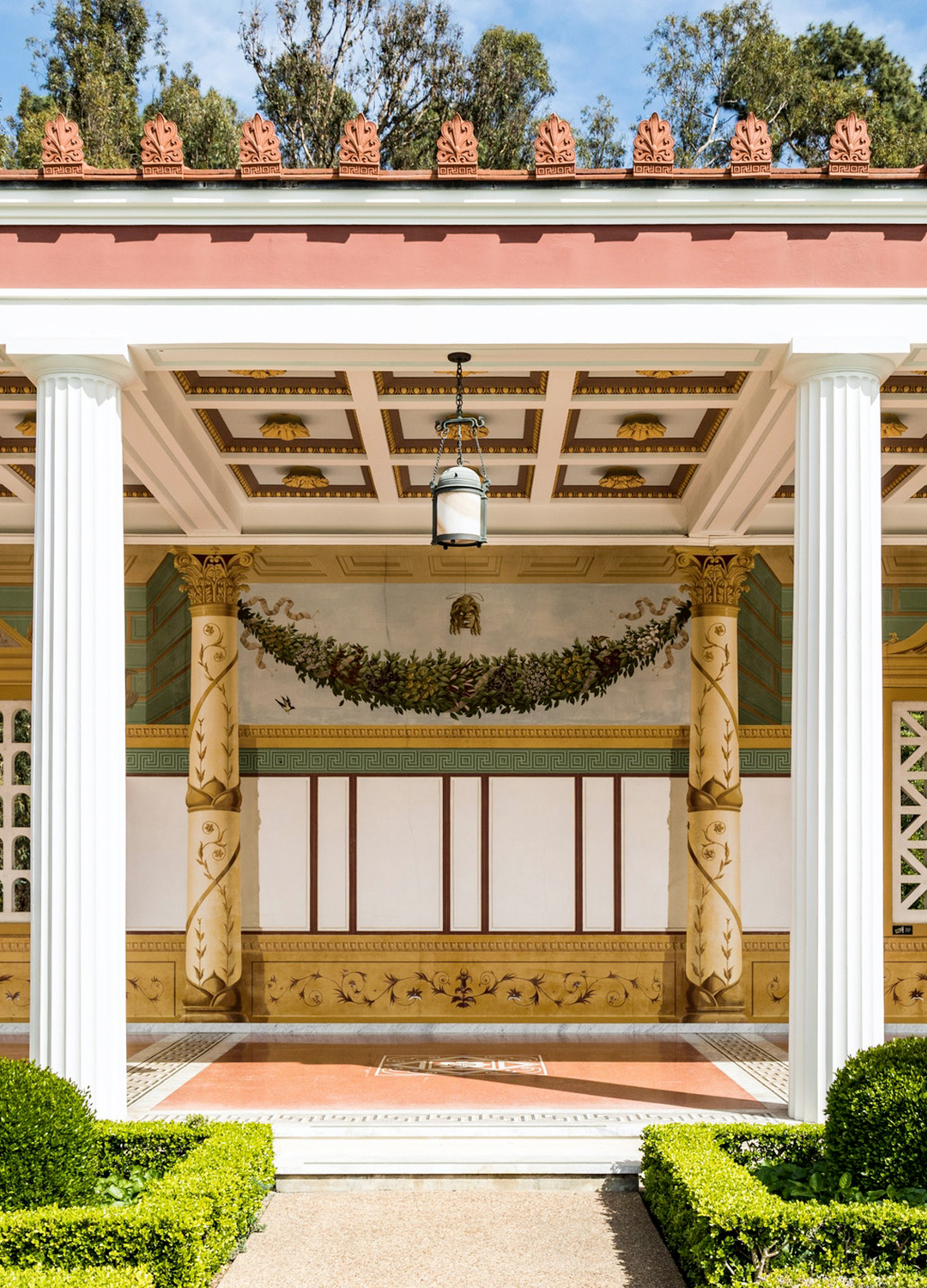 An archaeological dig around a restored Roman imperial house.

The renovation of the Getty Villa Museum was commissioned to the Boston studio led by architects and academics Jorge Silvetti and Rodolfo Machado.

As an educational center and museum dedicated to the study of classical arts and cultures, the Getty Villa serves a diverse audience through exhibitions, conservation, scholarship, research and public programs. Through an extensive international search and competition, Machado Silvetti was commissioned by the Getty Trust for the master plan and design of the proposed expansion.

The project includes the remodeling of the existing J. Paul Getty Museum – a re-creation of the Villa dei Papiri, a first-century Roman country house buried by the eruption of Mount Vesuvius in 79 A.D. – to house the permanent collection of antiquities; the transformation of Getty’s adjacent ranch house into a research facility and library; and the construction of new support facilities, public areas and gardens. New components such as the Entry Pavilion, the Fleischman Theater, the museum café and store, conservation laboratories, a scholar’s library and educational facilities are strategically integrated into the new gardens and outdoor spaces, setting the original villa as the visual centerpiece. 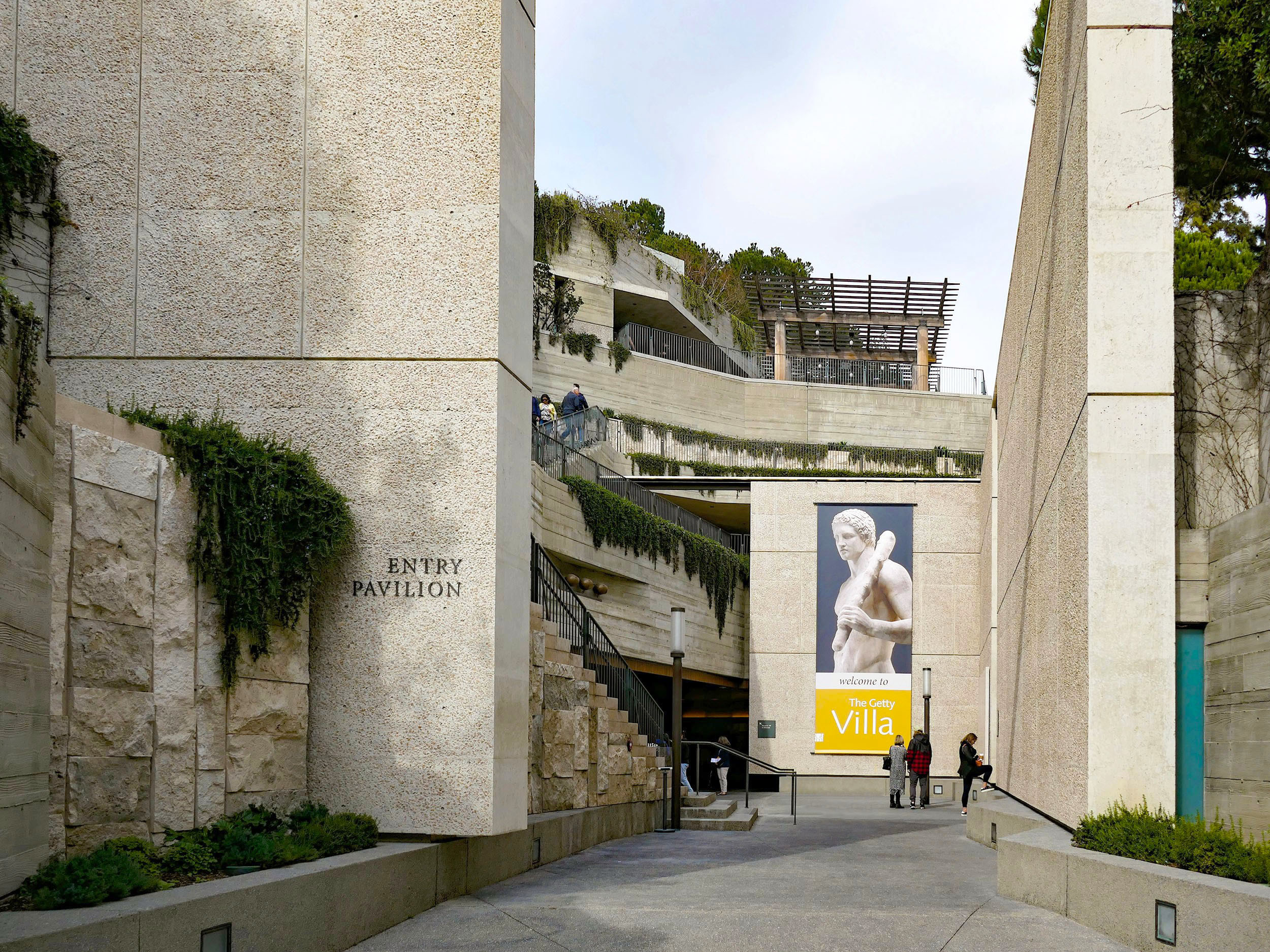 The new architecture neither contrasts nor emulates the existing classical Museum structure, but offers a fresh image for the revitalized institution through a unified landscape setting for the variety of disparate existing structures, new components, expanded gardens and public spaces. What had originally been a set of unrelated buildings and pathways is now a coherent and harmonious environment and experience.

The overall organization of the site uses the imagined idea of an archaeological dig around a restored Roman imperial house, employing materials different from those of the Villa itself to suggest geological layers revealed in the imagined excavation. Images of descent, excavation, multiplicity of ground planes, exploration and discovery began to mix and fuze with the project, and the sense that the Villa could actually be put in “quotation marks” as it were, became a prominent concept of the design. Machado Silvetti’s intervention became an infrastructural framework for framing the architecture of the Villa as part of the collection.

To ensure the integrity of the original architecture would be preserved, the renovation incorporated modern designs that harmonize with the Getty Villa’s original style. For example, wood, bronze, glass, travertine, and wood-formed concrete echo the Villa’s original materials. 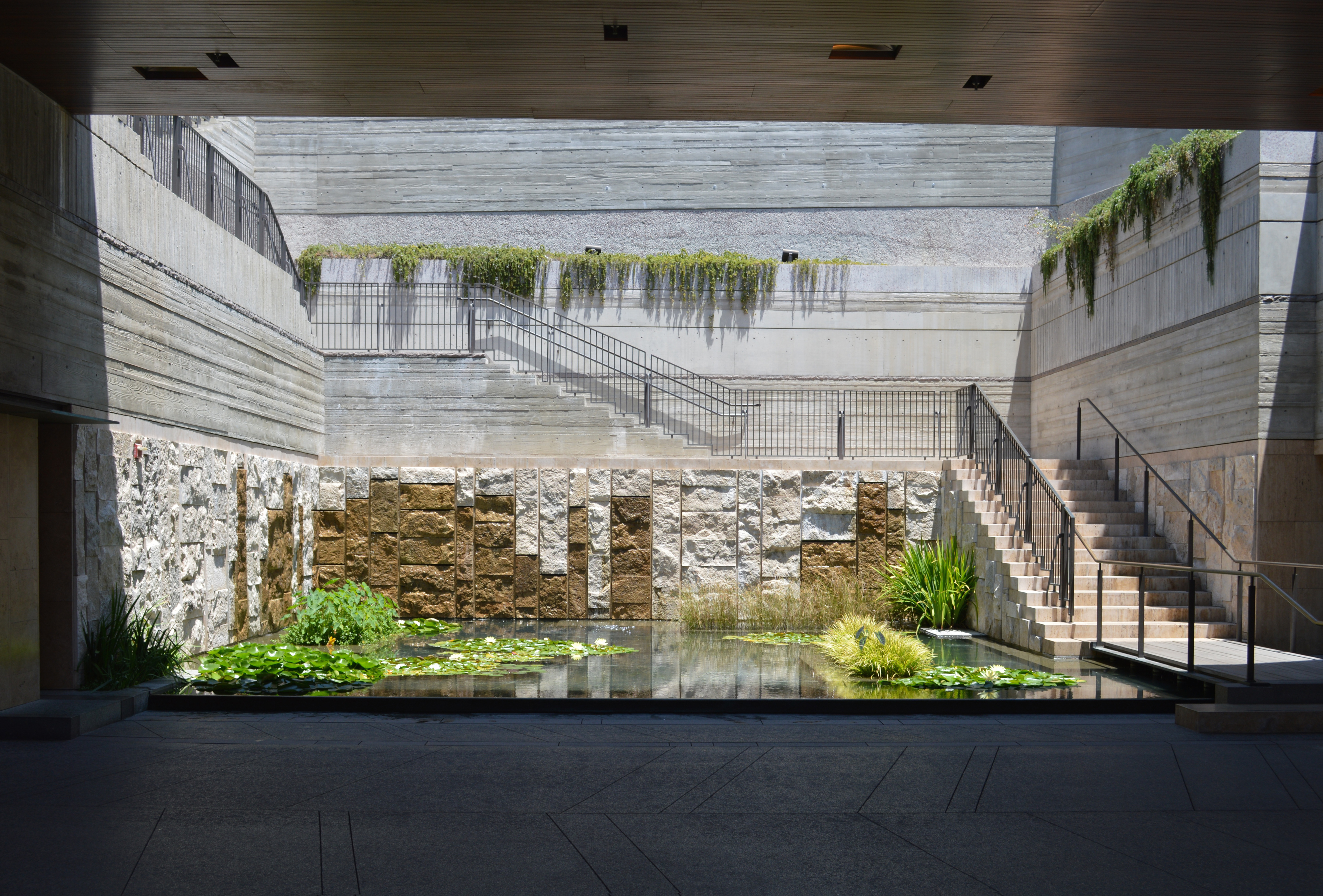 Why not show Californians what an especially attractive Roman building would have looked like, with its gardens, fountains, even details such as the lamps and appropriate flowers?

The New Getty Villa is a replica of a 2000 year old Roman villa that once overlooked the Bay of Naples near Pompeii. Started in 1972, the Villa came into the world surrounded by controversy at the time of its opening. While the idea of a replica is not a purely architectural issue, the very history of museums and of art provided Machado Silvetti with certain arguments and rationales for understanding and intervening in the Villa.

Replication is at the very heart of western art. After all, the owner, ideator and funder had said: “Why not show Californians what an especially attractive Roman building would have looked like, with its gardens, fountains, even details such as the lamps and appropriate flowers? Many contemporary museum buildings have failed while attempting less than that.” 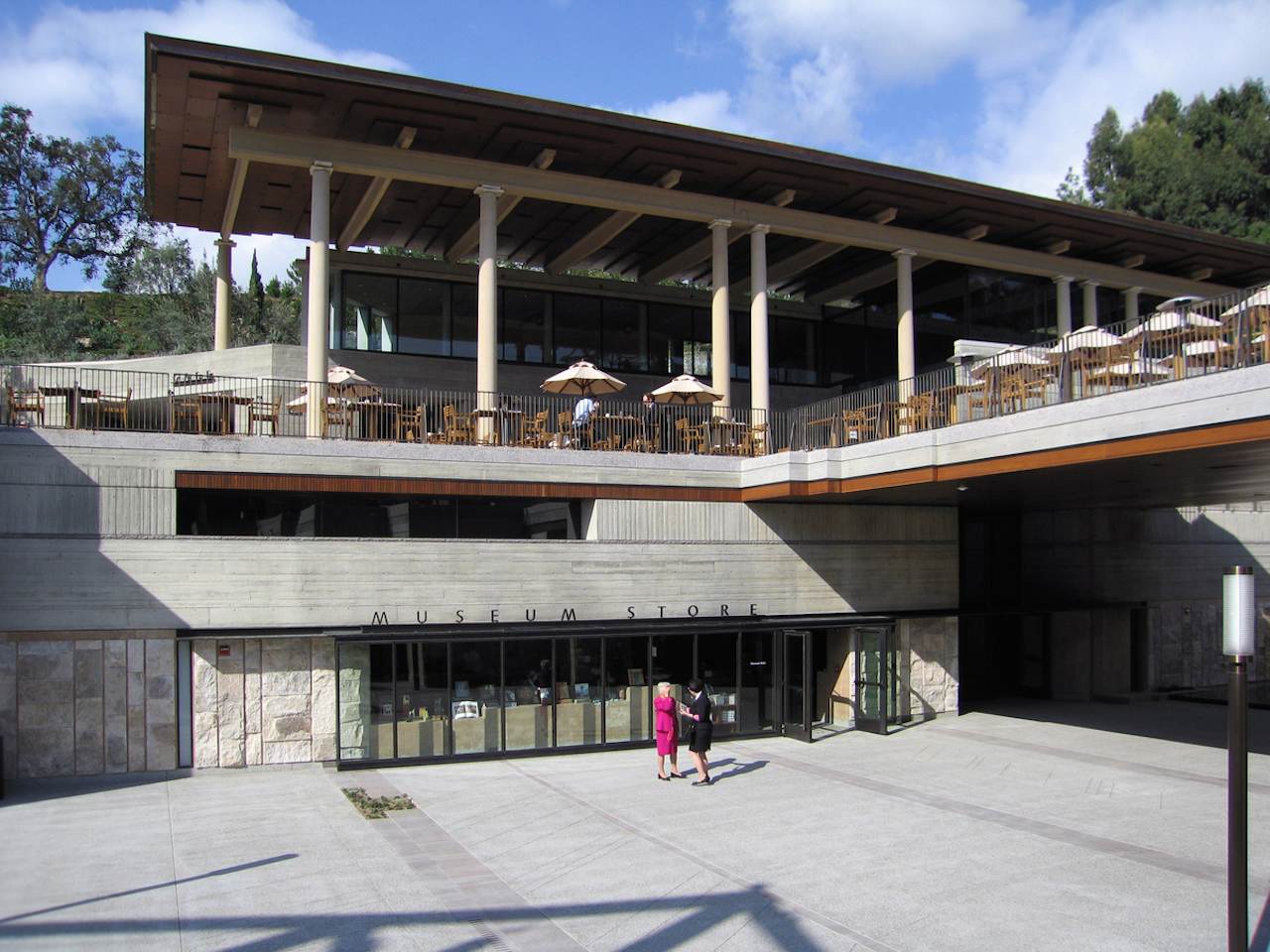 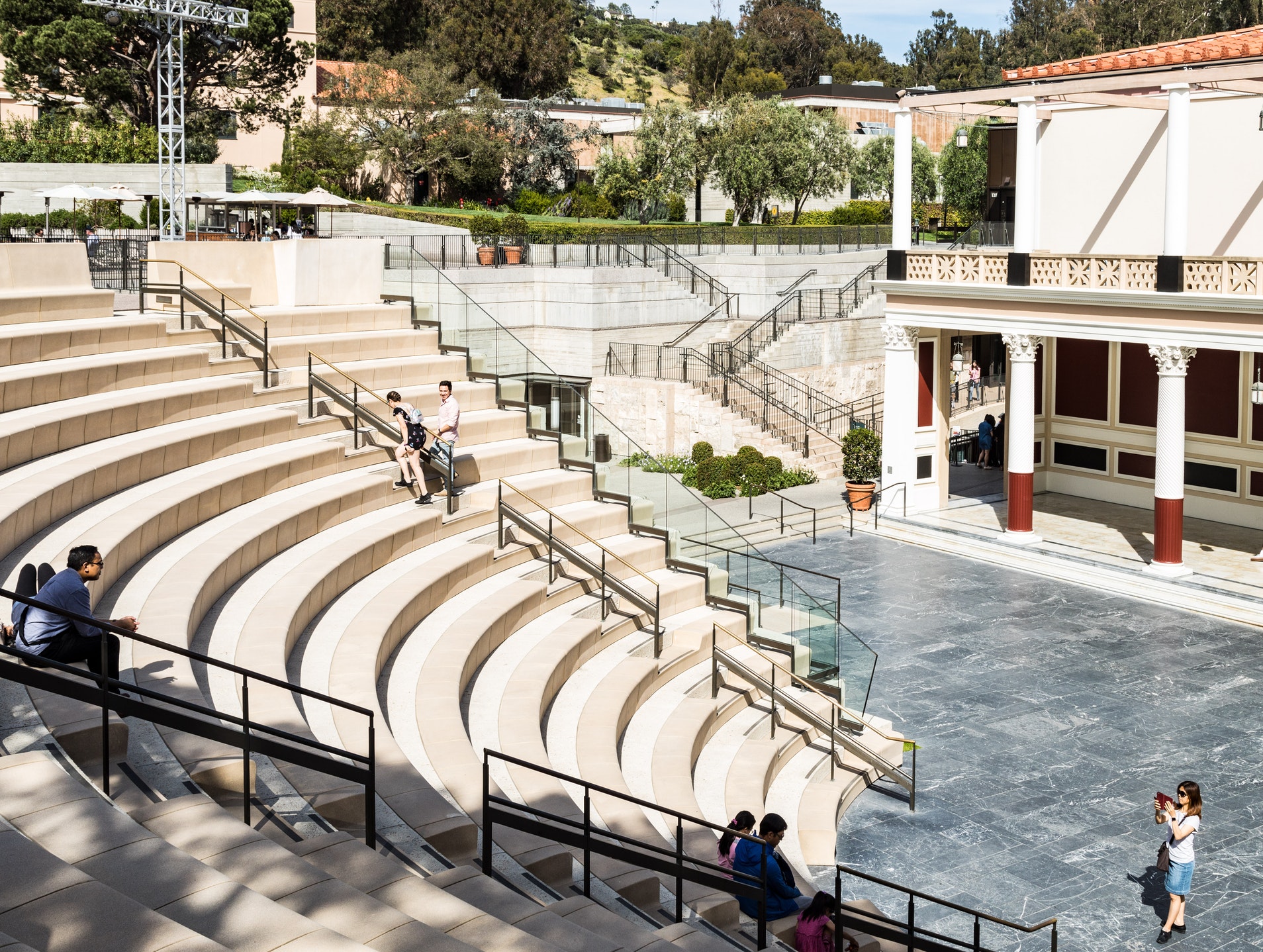 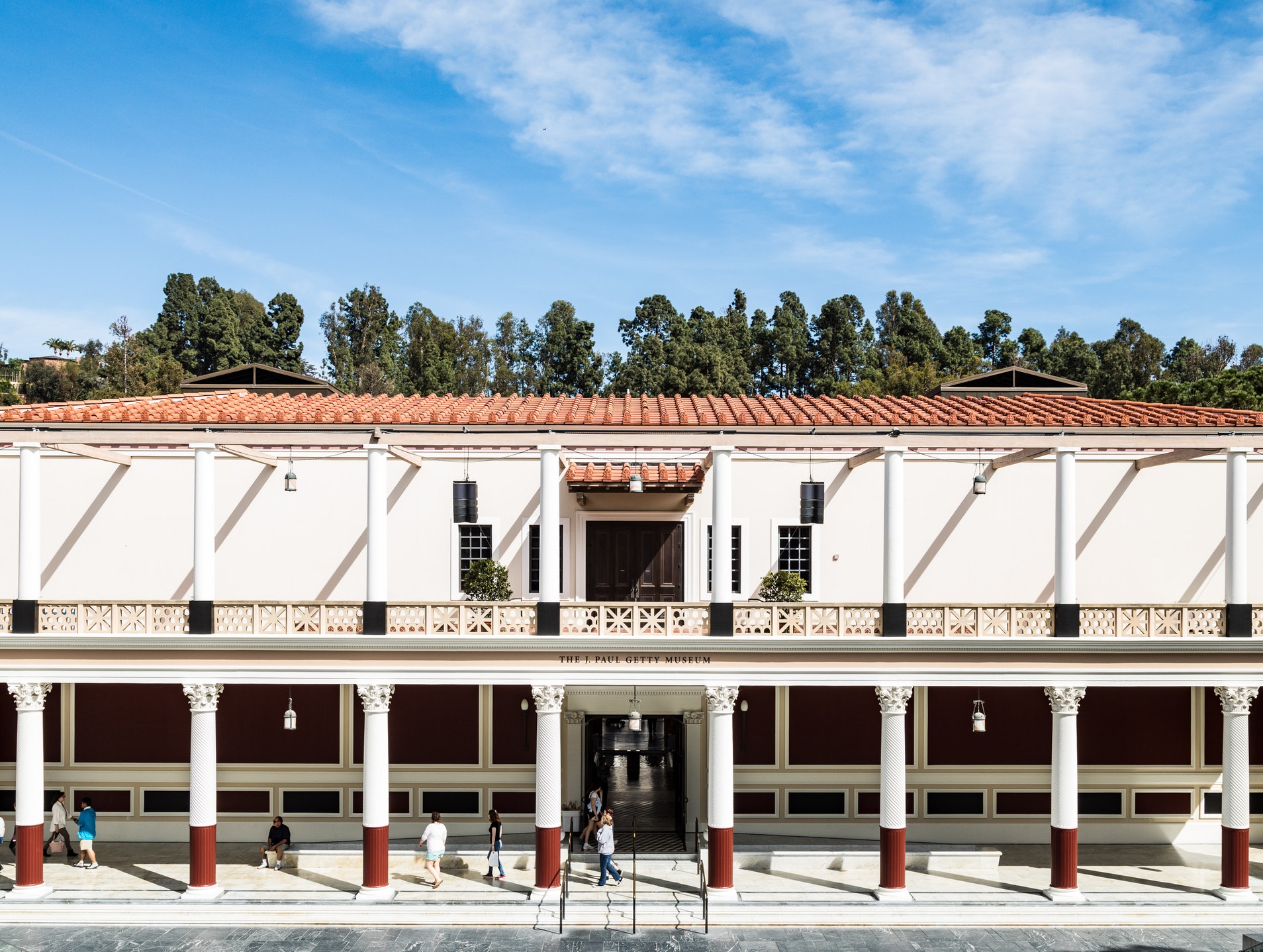 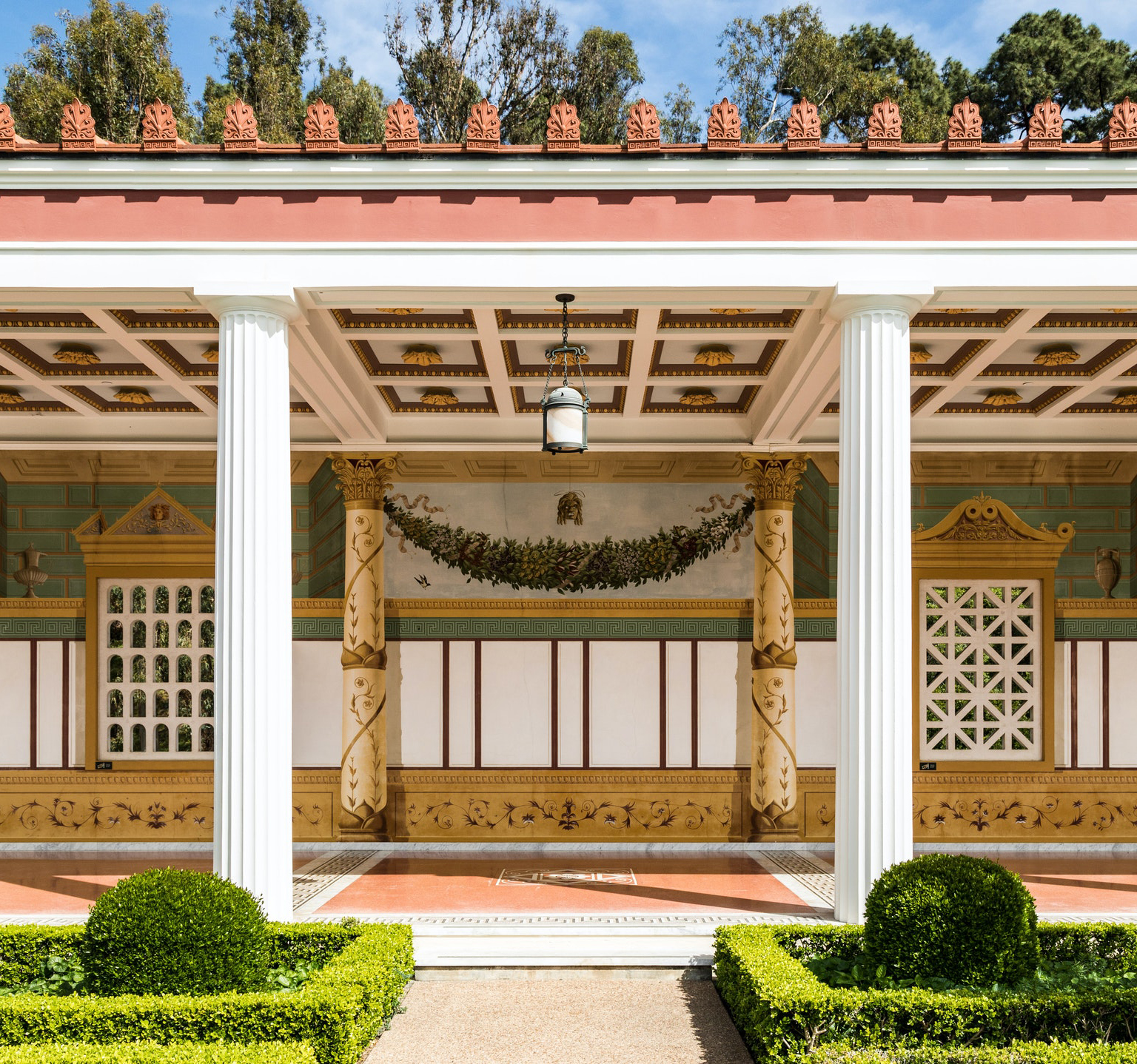